Tributes have been paid to renowned naturalist and broadcaster Sir David Attenborough who has turned 90.

A string of successful natural history programmes followed including Life On Earth, The Living Planet, The Trials Of Life, The Blue Planet and Planet Earth.

Cameraman Gavin Thurston, who has worked with Sir David for many years, described him as "an amazing man".

"He's up there and we are all really proud of him and have all been inspired by him," she said.

"And he is unbelievably intelligent, not just on wildlife but on many other subjects as well.

"I don't know anybody that doesn't like David Attenborough. I know lots of people that don't like us but everyone loves him."

The BBC has a special page celebrating Sir David's extraordinary career in natural history, including:

There will be a special programme on BBC One at 19:00 BST on Sunday in which he shares highlights of his life and career with broadcaster Kirsty Young.

The Natural History Museum tweeted: "Very happy birthday wishes to #SirDavidAttenborough! Many thanks for inspiring us all w/ your work." 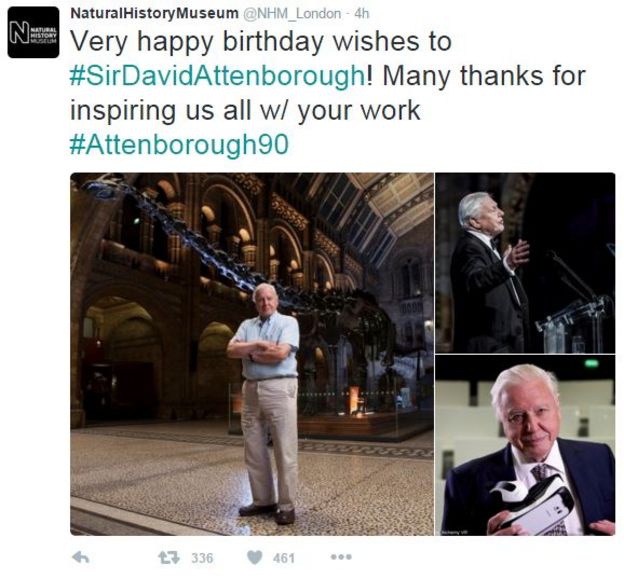 The Zoological Society of London tweeted: "We want to wish the world's greatest ambassador for animals a very happy 90th birthday." 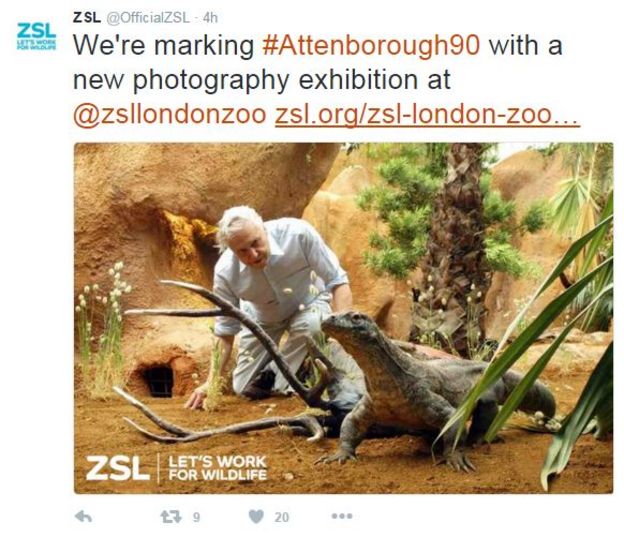 Wishing Sir David a happy birthday, BBC Three has him providing commentary to "nature's most curious species" - the human being.

Kat Hartwell Goose tweeted: "A guiding light and inspiration, I feel truly honoured to have met him, happy birthday!!" 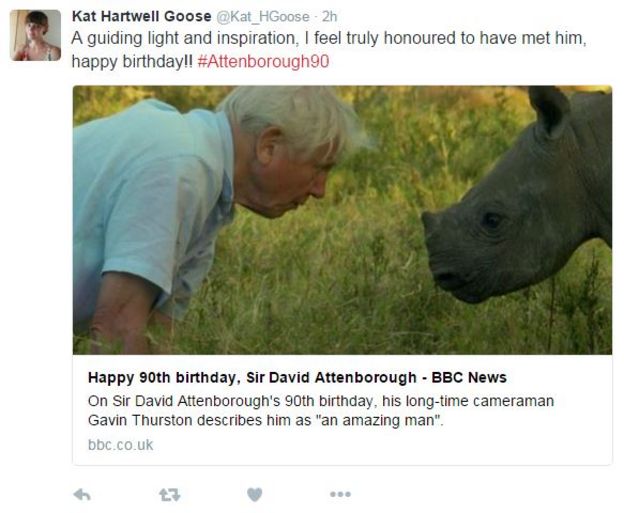 Daniel Mueller said: "Happy Birthday David Attenborough. I had the pleasure of meeting the great man only a week ago."

Louis Thomas ‏said: "The most influential figure in broadcasting and the natural world."

On Friday, it was announced that Britain's new £200m polar research ship will be named the RRS Sir David Attenborough despite the name Boaty McBoatface topping a public poll.